Next stop: Vietnam! I think this is the country I was most excited about. There’s just so much to see and absorb and after a restful time in Laos, I was ready to be on the move. We arrived in the early evening in Hanoi which has a modern, brightly lit, strong wifi enabled airport. Customs was a breeze and then we hopped a taxi to the city. The traffic in Hanoi is definitely memorable. I’ve never seen so many people on motorbikes, all weaving in and out of lanes to the same tune; it was a mishmash, cobweb of spinning wheels and horns though there was some kind of order to it.

Before leaving Vientiane, Carlos had recommended that we go to the Water Puppet Theater in Hanoi so when we arrived, we got dinner and peeped the late show. It was really cute. Basically, its a theater where the front is a pool of water and to the left is space for the orchestra (not sure if that’s what they are called). The puppet masters are actually waist deep in water behind a screen playing the puppets. We couldnt understand a word but they did have guides that explained the stories that were being portrayed. It was a fun and whimsical experience. 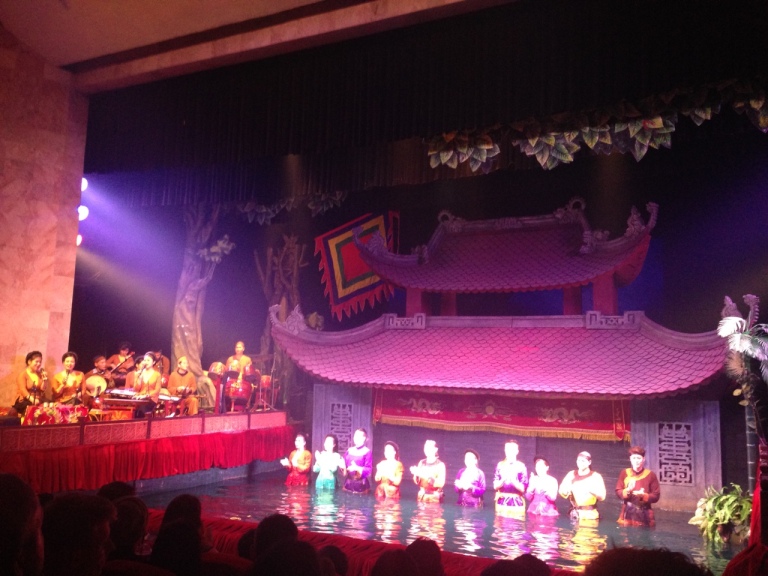 Our second day, we met up with Yemi’s co-worker, Will, his boyfriend and his boyfriend’s classmate (how many more of Yemi’s co-workers will we run into? I’m taking bets) for lunch and an afternoon of museums. We went to Quan An Ngon with the most extensive menu I’ve seen to date and had a feast. Luckily, Will’s boyfriend, Tham, spoke Vietnamese which made the ordering process oh so much easier! Our bill came to about 700,000 dong which is about 28 USD – did I mention there were 5 of us?

After lunch we hit some museums and landmarks including Hoa Lo Prison, Ho Chi Minh’s Mausoleum and the Vietnam Military Museum. 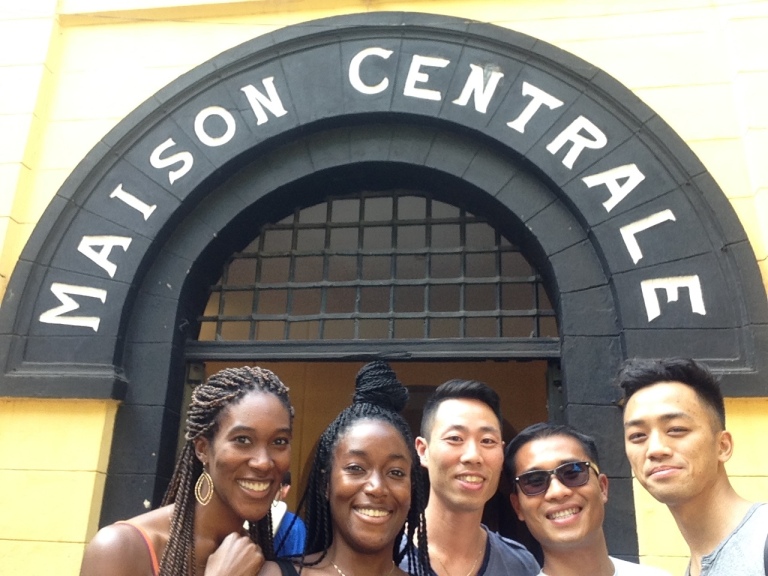 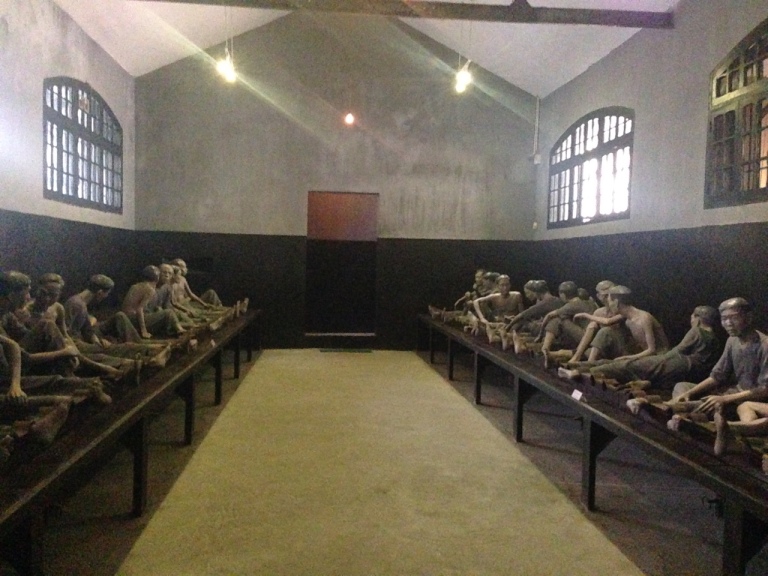 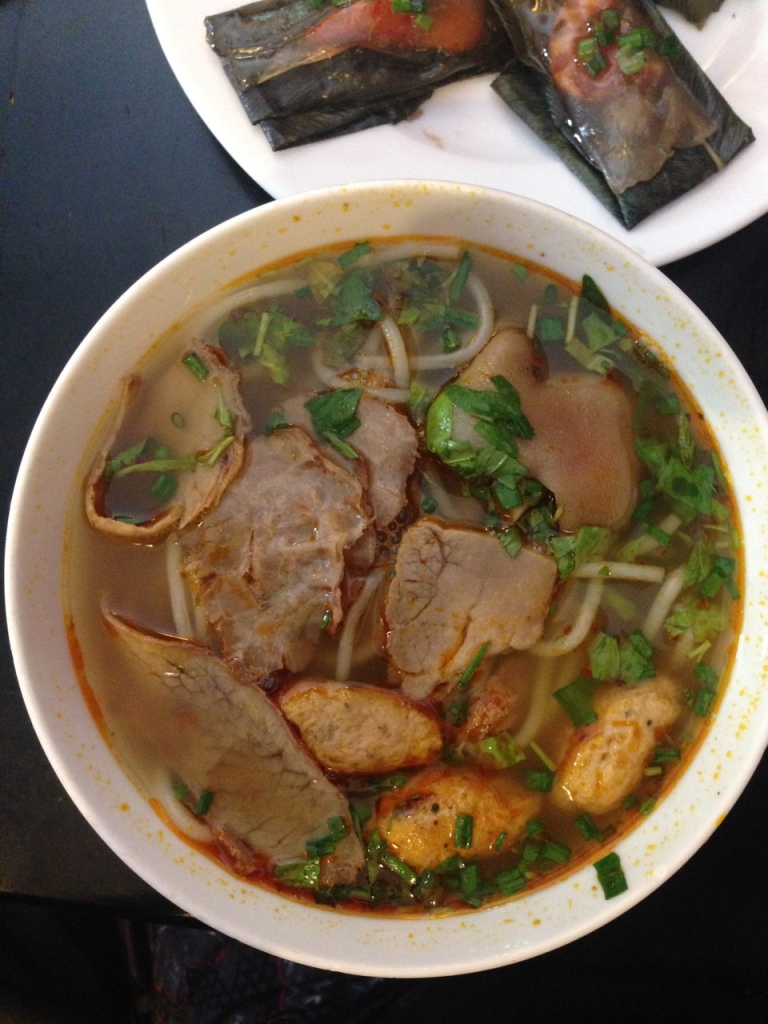