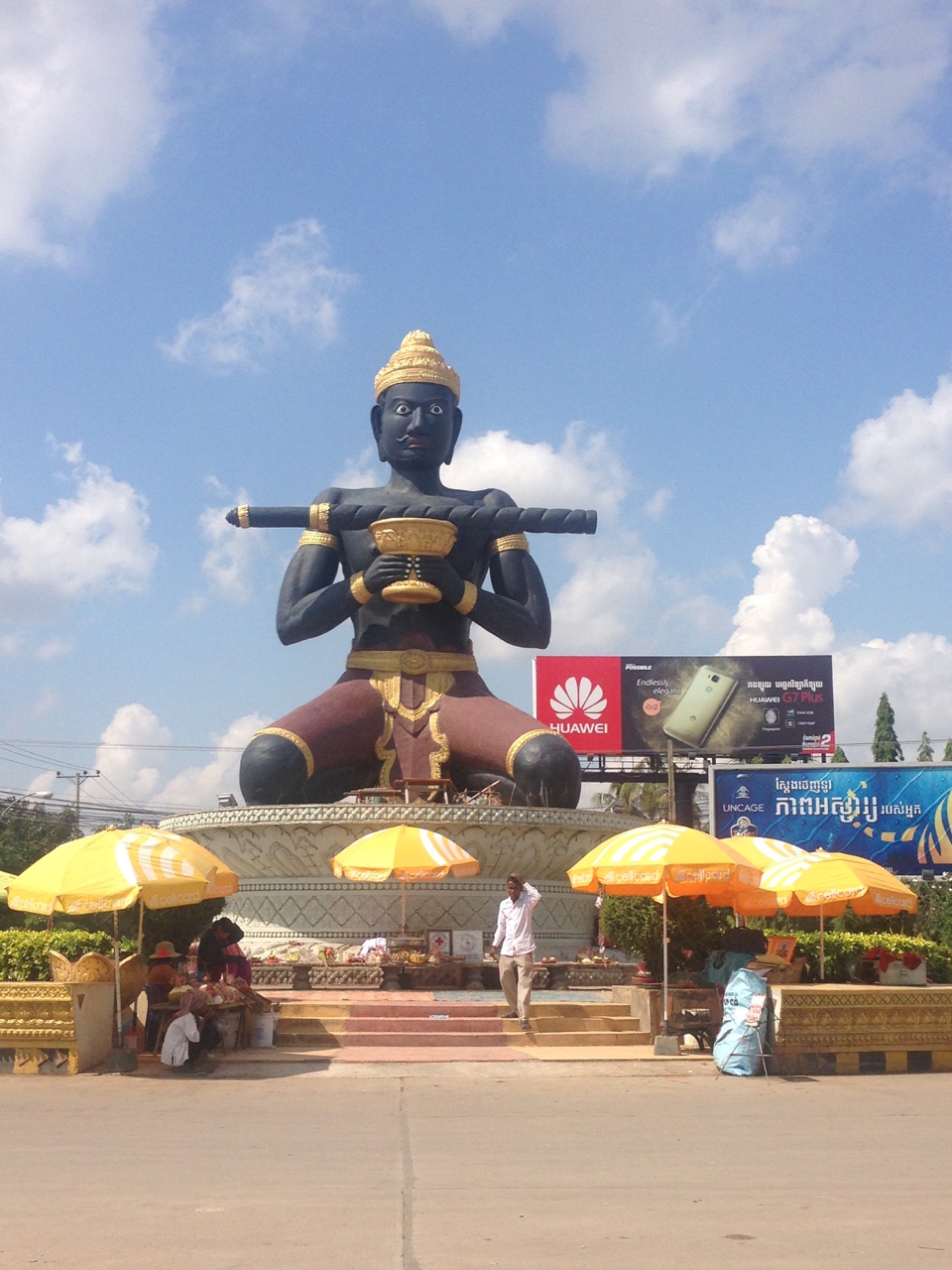 Did we mention during the bus ride from hell that we were on our way to Battambang, Cambodia?  Anyways, that’s where we were headed.  I didn’t know too much about it but its the second largest city in Cambodia (to Phnom Penh) and was, in my opinion, a place where we really got to see everyday Cambodian people, going about their lives without throngs of tourists or a string of hotels as far as the eye can see. It was here that my affinity for the Cambodian people became solidified; consistently we were greeted with nothing but friendliness, genuine curiosity of our hair (standard) and that contagious Cambodian smile.

Battambang is a city that is slowly coming onto the travelers map but really, is the place where you can mix some sight seeing with culture immersion. It’s not as glitzy or have the major attractions that bring tourists to other cities (ahem, Angkor Wat) but if you’re looking for a place thats just a slice of life, this is the place.

After getting all the grimeyness of the bus ride off us, we decided to get some lunch, walk around, visit some galleries (Battambang has its sights on being the center of arts in Cambodia) then see the Phare Ponleu Selpak show – the number one recommended activity (5 stars on Trip Advisor). Phare Ponleu Selpak (PPS) is a non-profit organization dedicated to supporting children, young adults and their families through various programs, one of which is the performing arts school. At the time of opening, around 1998, the Anch Chanh village was home to a large number of abandoned children and “at risk” youth and the performance school was developed to provide an alternative. The talent of these children was mind blowing, phenomonal; they combined talent, acting, and entertainment in a way that was remarkably enjoyable, even for a 30 and 34 year old. Another one of the top experiences on our Gone Living adventure and definitely on the list of recommendations. If you can’t make it to Battambang, they also have a campus in Siem Reap, which, if you are coming to Cambodia you have no excuse not to go there. 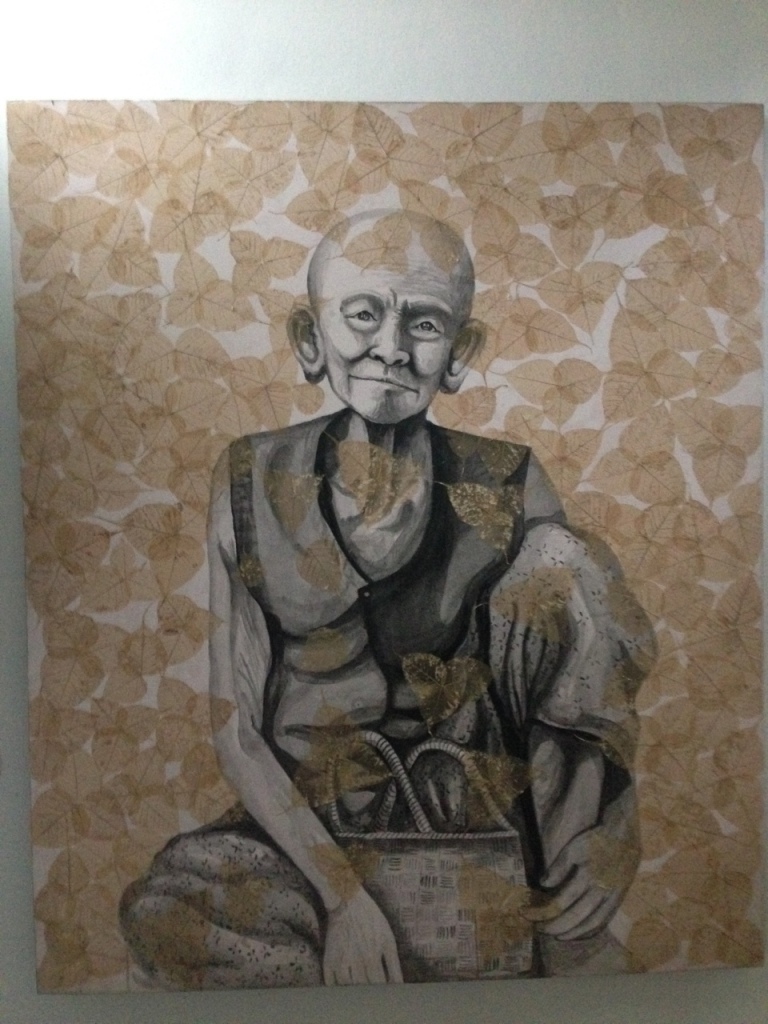 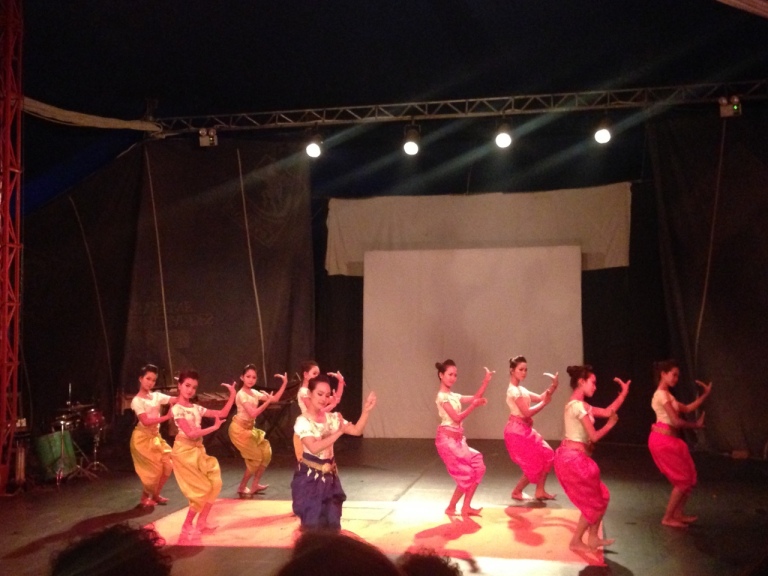 Getting around Battambang, it’s best to hire a Tuk Tuk driver for the day. Negotiate your rate up front and then hit the road. Our day started with a trip to the Bamboo Train just outside the city. Various, modular cars line up to take tourists on a ride through the countryside – and a ride it was. Not sure how fast we reached but it was pretty fast… and fun!! At the end of the tracks they stop at a village where you can purchase typical market items and/or wander around. There were four friends selling bracelets that I absolutely adored. One of the girls was definitely the most outspoken. When I told her I would think about buying a bracelet she told me firmly that I should only come to her when ready to  buy, “number 1” she said, referring to herself. Not number 2 or number 3 or 4, but only number 1. She struck a cord with me so a little while later, I called her over to buy. Well, that opened the flood gates. Soon after the rest of the girls came over pleading with me to buy. “4 for 2 dollars!” I said I would buy one more and, to decide who got the sale, the engaged in a tournament of Rock, Paper, Scissor. How fair?! It was nice to see good female friendship at such a young age.

After that, we went to the Banan Winery, the only winery in Cambodia. However before getting there, we were caught in a MONSOON of a rainstorm and had to wait a while at a very nice lady’s house. We waited for about 45 minutes then picked up some ponchos and got back on the road. Unfortunately when we got to the winery, we learned that it was closed for a wedding ceremony later that evening. They still let us walk around but sadly no wine tasting. 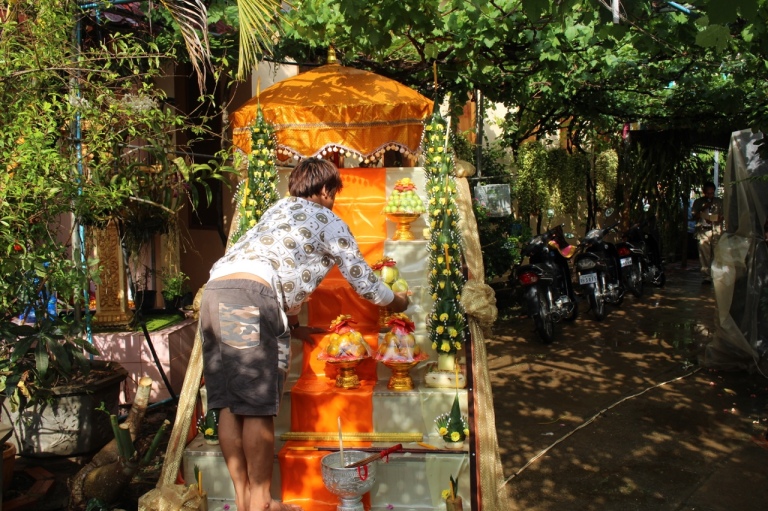