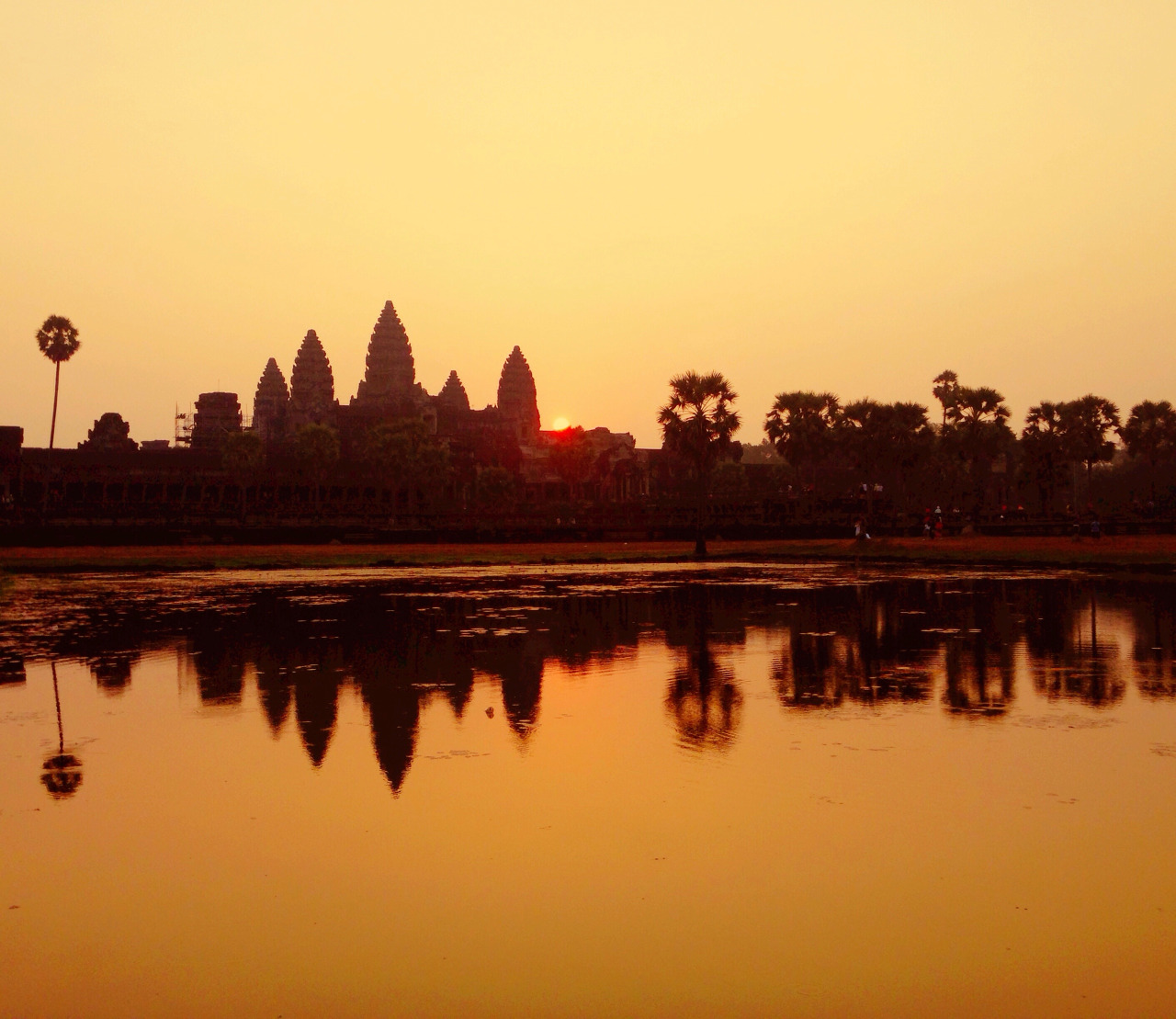 The temples of Angkor are nothing short of magnificent.  The most difficult bit is figuring out how much time you want to spend exploring.  Due to our limited time, we dedicated 3 days to waking up in the middle of the night to be the first to get to the temples and beat the crowds & blazing Cambodian sun.  Probably the top recommended activity is watching the sunrise or sunset over Angkor Wat – the largest religious building in the world, Cambodia’s most famous temple and the most amazing physical structure I’ve ever seen (it’s considered the 7th wonder of the world).  We actually went to watch the sunrise not once but twice.  The first day we went it was incredibly overcast and the sunrise was really, nothing.  A HUGE buzz kill after your hopes are all the way up to experience something AMAZING!  And of course to our luck around 8am (way past sunrise), the clouds found something else to do and ooop! Out came the sun.  We got a guide and went around what was once the kings palace and later turned into a city.  And it is fascinating!!! 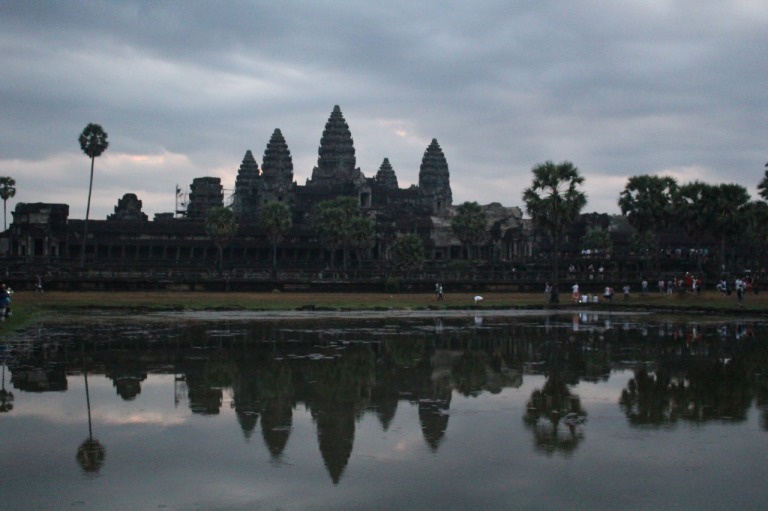 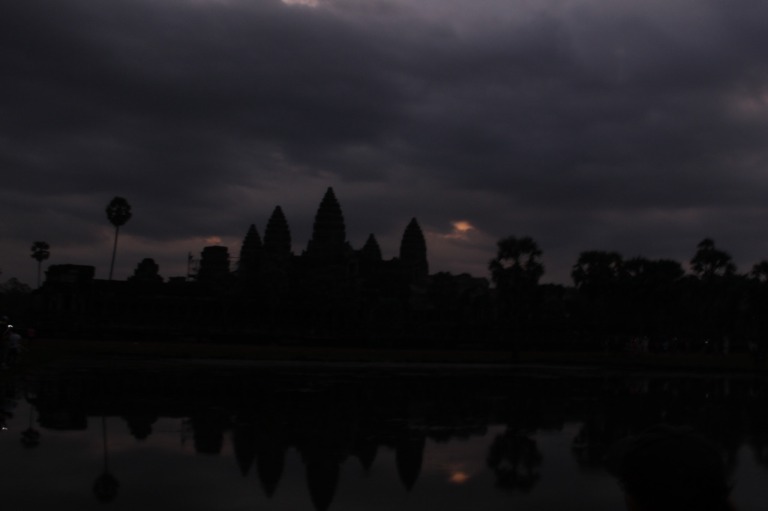 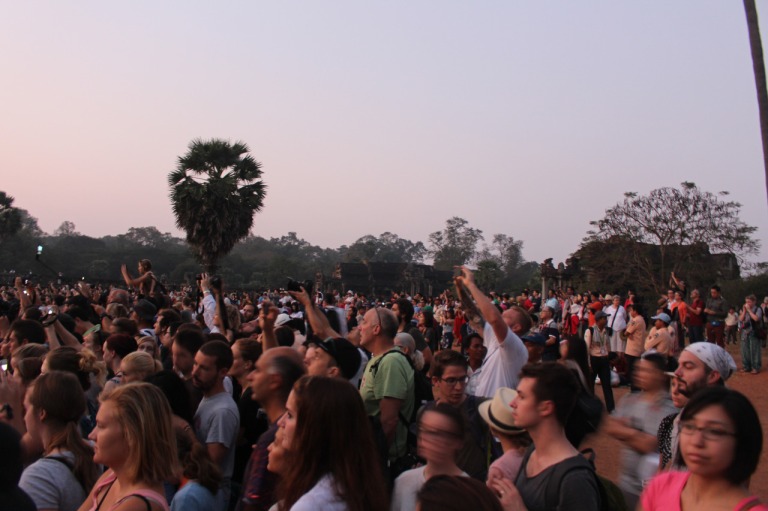 First, the temple is built oriented to the west which is traditionally associated with death so many early scholars thought that Angkor was a tomb.  This is not typical of most Angkorian temples.  Our tour guide showed us how dope King Suryavarman II (he built the structure in 12th century) was by using my compass on my iPhone to show just how accurate he was at determining north at the center of the temple in the 12th century (113-5BC) , which is referred to as the center of Heaven on Earth.  Sick. 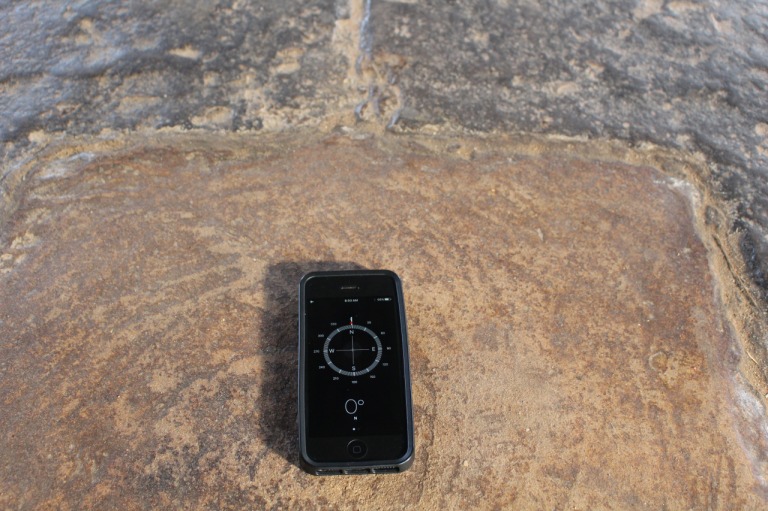 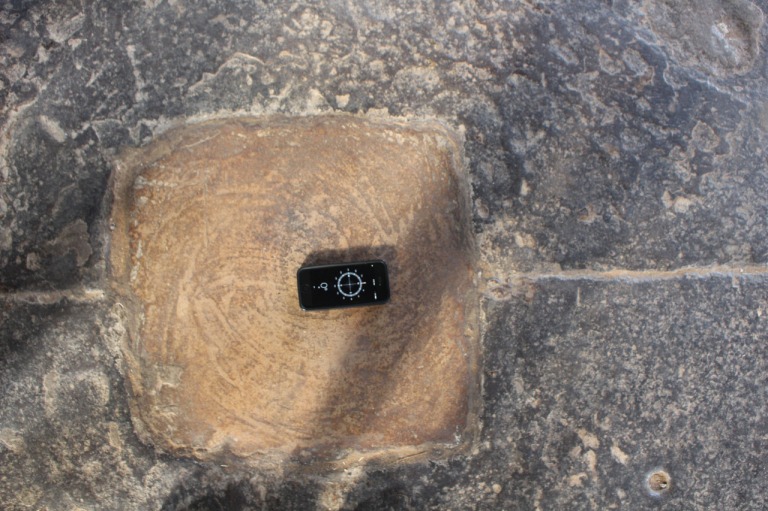 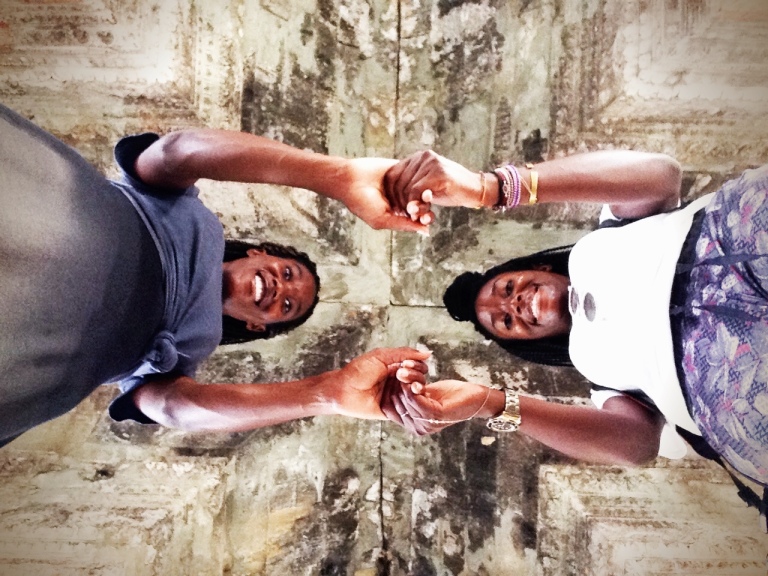 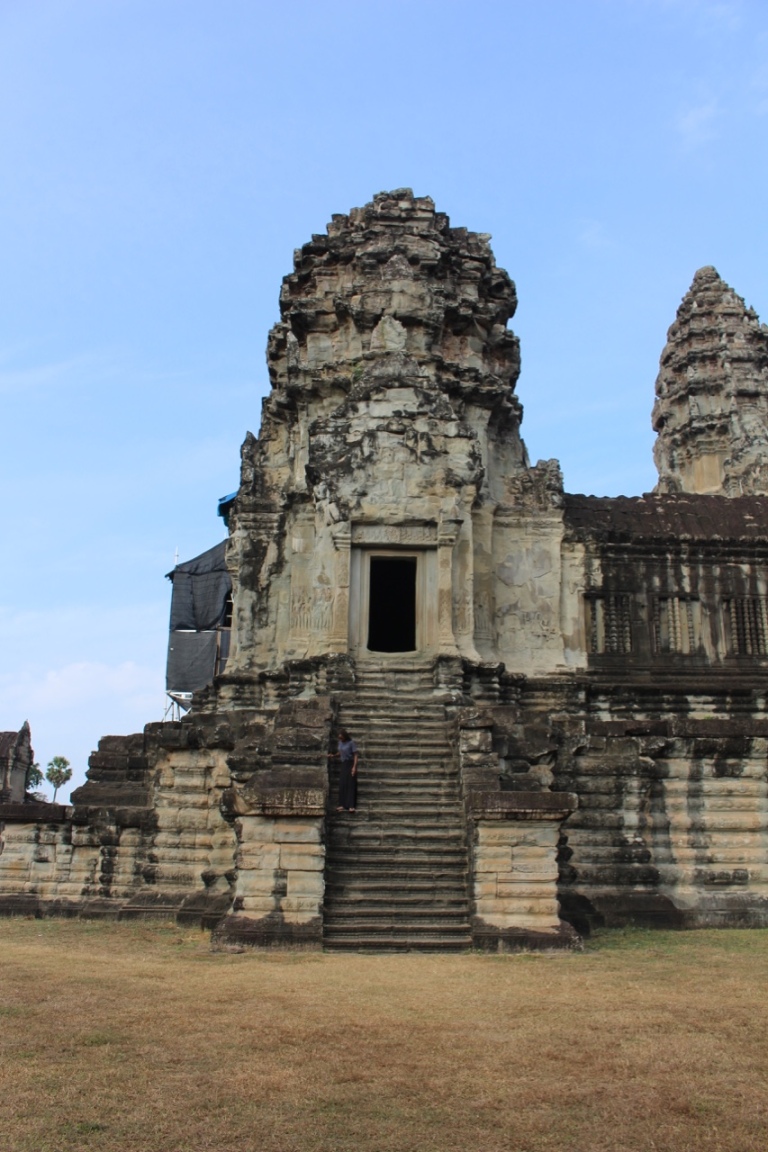 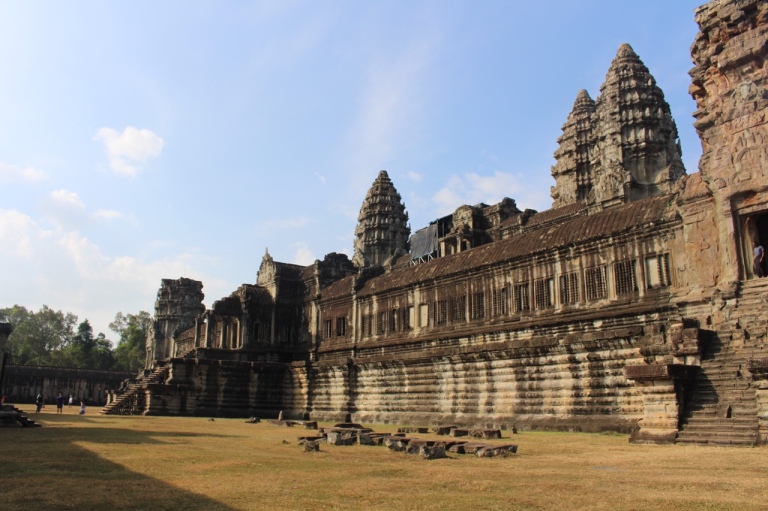 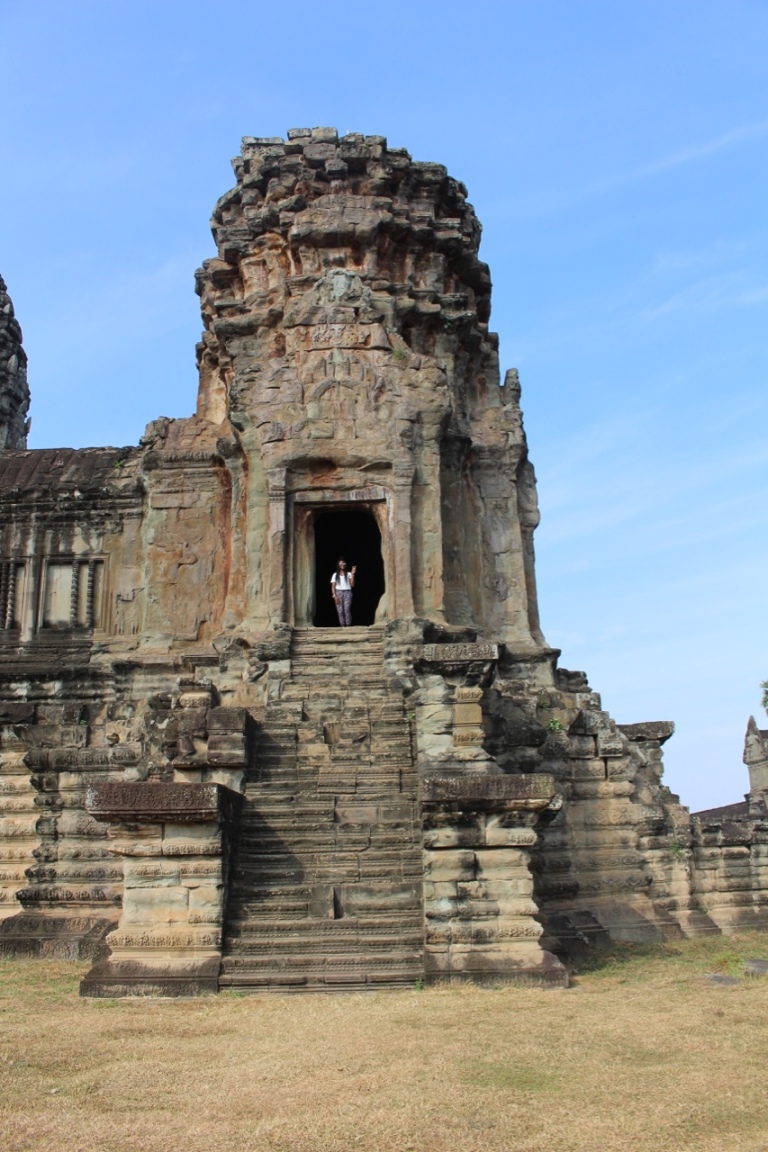 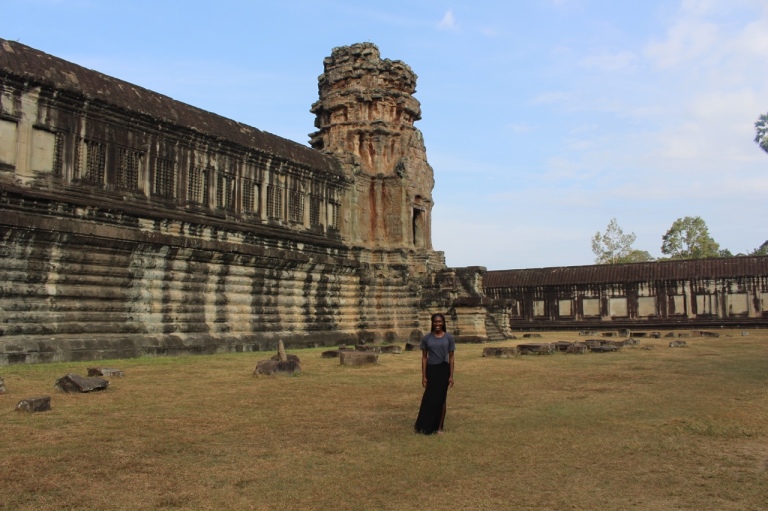 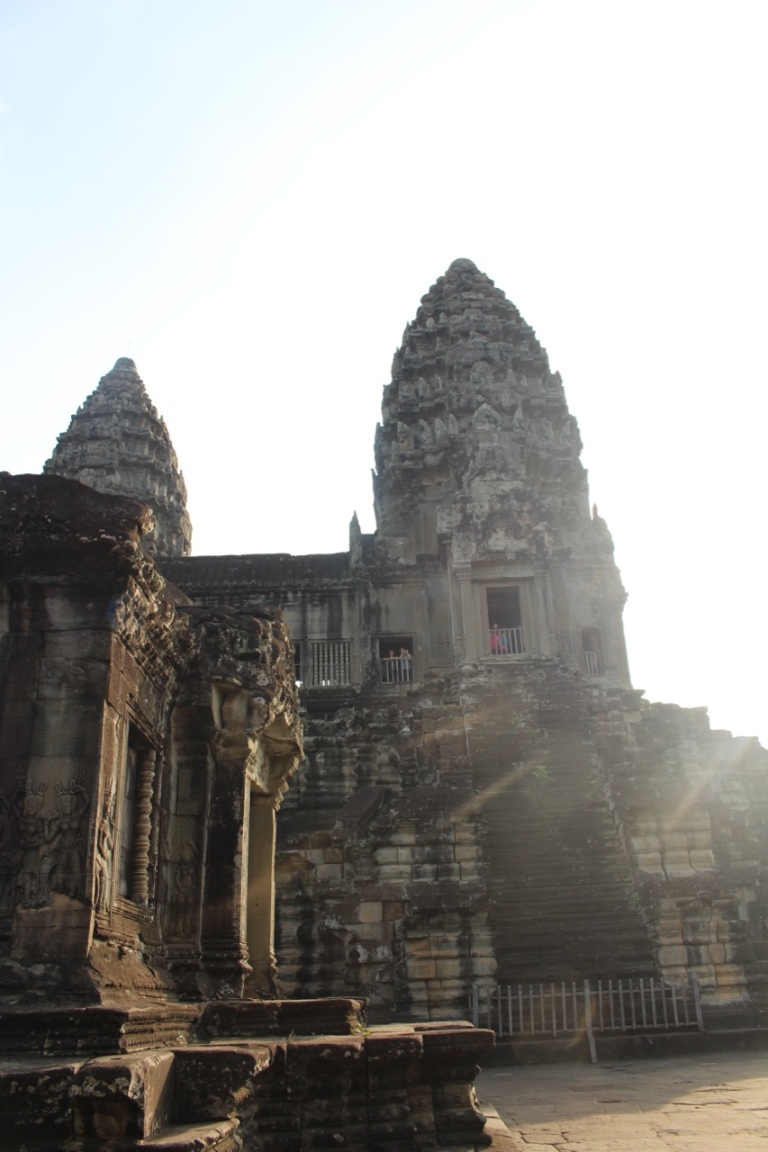 Probably due to my supreme stubbornness, I simply could not leave Siem Reap without getting the sunrise that so many raved about.  We decided on the last day of our Temples of Angkor tour to try sunrise one more time and this time, the universe listened. 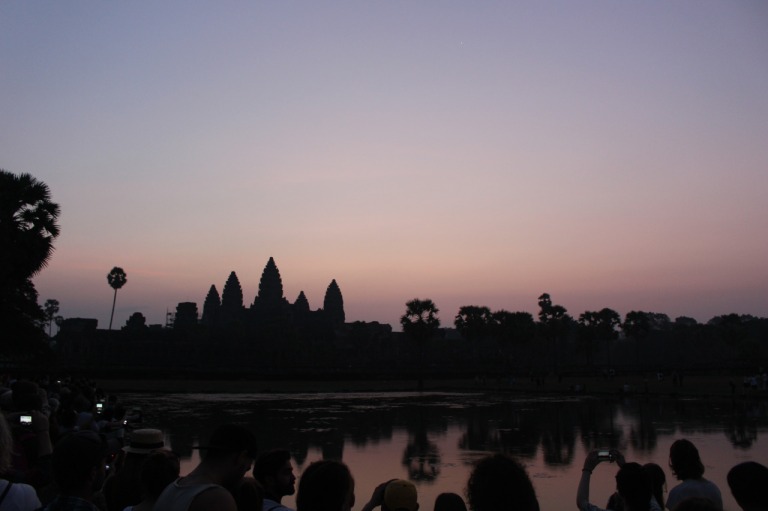 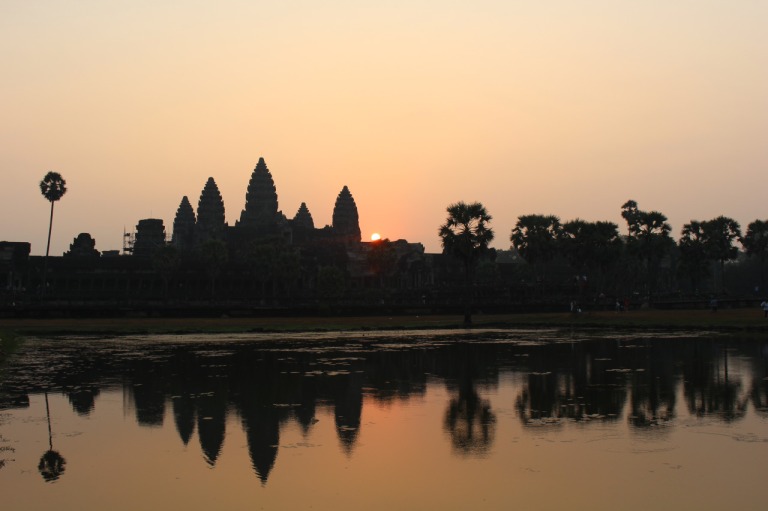 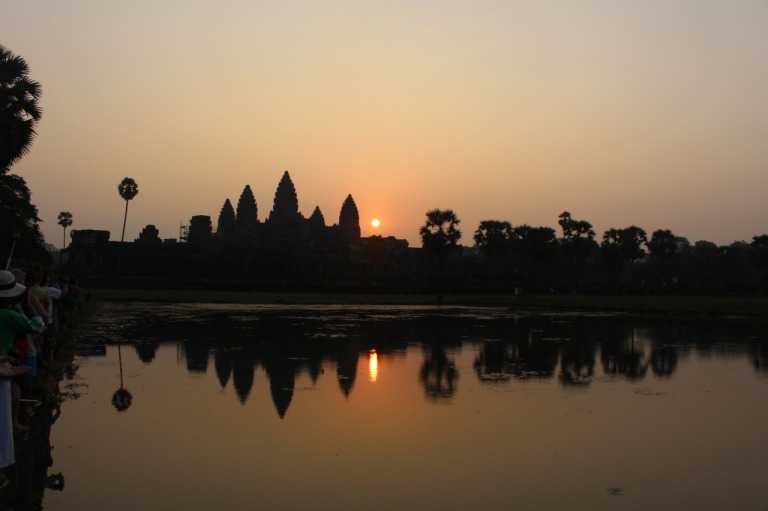