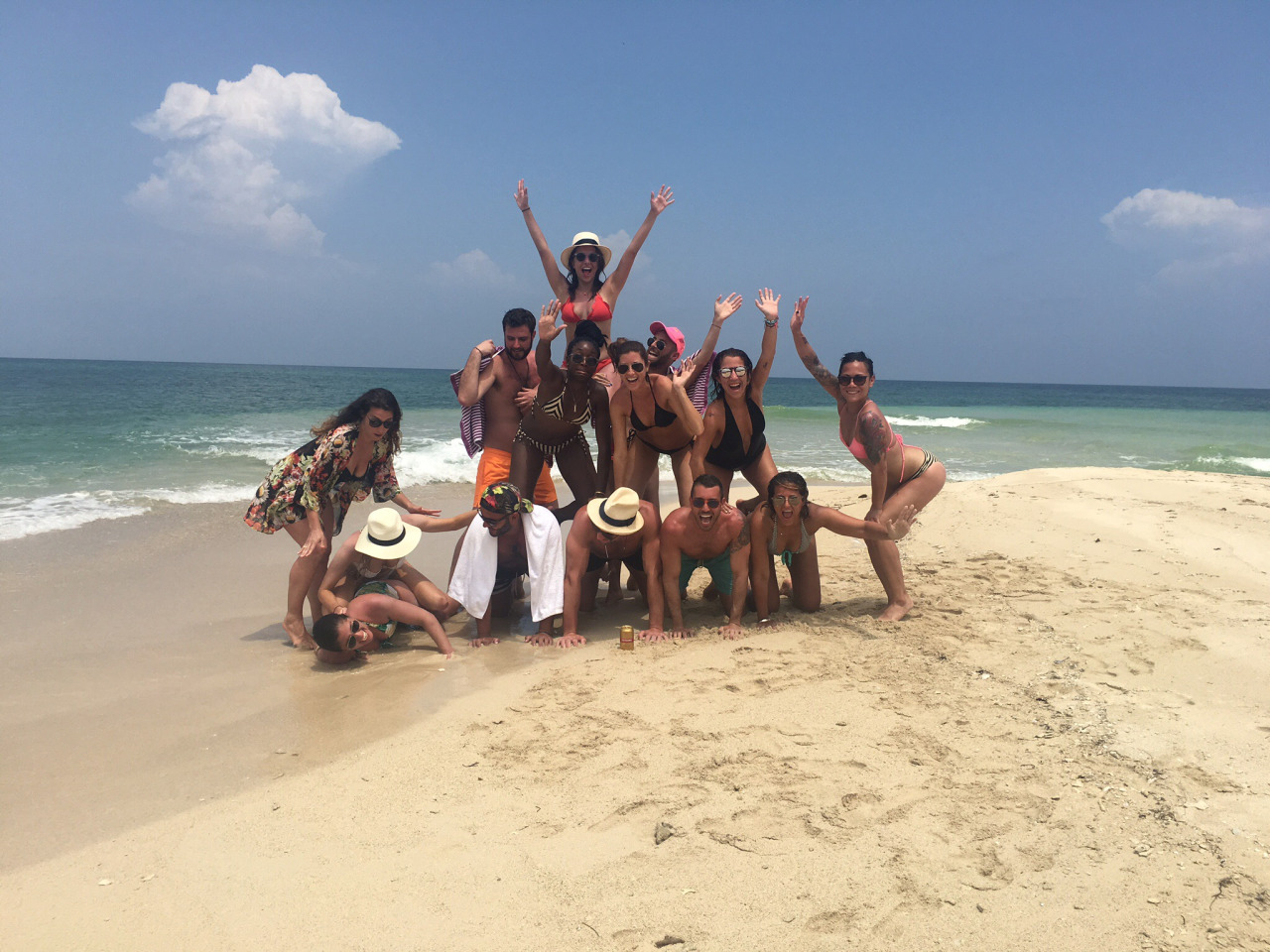 I had been wanting to travel to Cartagena for a while.  Actually – I’d say Colombia in general, originally piqued by an interest in Medellin via the HBO series Entourage, so I was thrilled when one of my girlfriends decided to host her bachelorette there.  After I booked the trip, many asked me what the connection to Colombia was.  Family? Hometown? No and no.  She simply wanted to do something different than the usual stomping grounds of Vegas pool parties and Miami hot spots.  While I didn’t get to explore all that Cartagena has to offer, I saw enough to confirm I will travel there again.  Here are some of the things I picked up on while exploring the Caribbean town.

For starters, travel to the South American country is super, super easy (from the east coast, sorry Los Angeleans!).  We got a great deal on JetBlue, had a simple layover in Ft. Lauderdale on the way down and a direct flight coming back to New York.  Could not ask for better after a party weekend.  The other great piece about traveling to Cartagena?  Only 1 hour time difference – score.

Once the whole gang had arrived, it was time to kick back poolside, enjoy cocktails, and jam out until dinner that night. If you’re traveling with a large group of people and feel like splurging – I highly recommend Casa De Alba in the old city.  It’s one of the first homes built in Cartagena, dating back to the 1600’s and was originally conceived as the governors mansion.  It’s now been turned into a boutique hotel for those looking to live large for a jaunt down south.  The property boasts 4 levels, about 8 rooms, a gorgeous courtyard adorned with a pool, a roof top (with a hot tub / small pool situation) and has a fantastic view of Santa Catalina de Alejandria Cathedral.  Get more info on Casa De Alba on Airbnb.com. 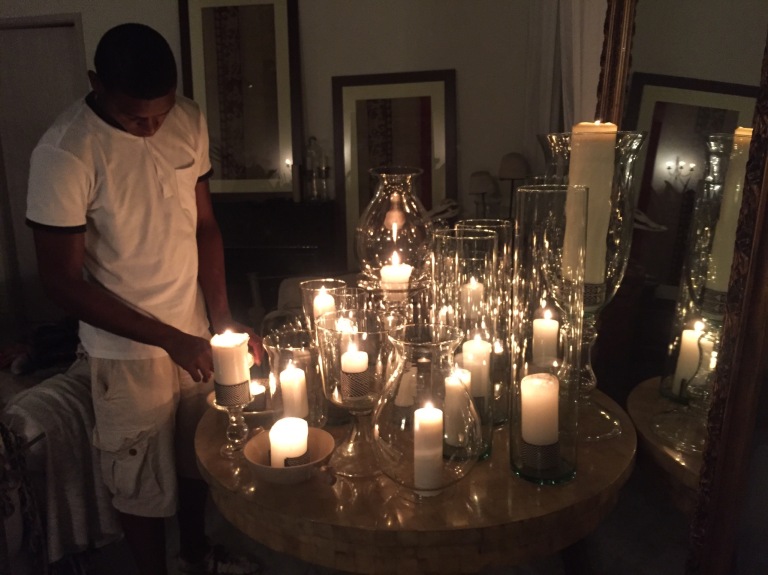 Since Casa De Alba comes equipped with a staff, most of our meals took place at the home, or while we were out on the catamaran (more on that later).  The first night however we went to a great restaurant in the city called Don Juan.  It’s an intimate setting with tables dressed in white table cloths serving some very tasty seafood.  We had fanciful dishes including the Spring Rolls, Lobster Colita, Tuna Tartare, and Shrimp Risotto.   Afterwards we strolled around the city and even had an impromptu dance sesh with some local artists.

Beware of the sun and just beach it.

I’m no stranger to warm climates.  Besides being Nigerian, I have been fortunate to travel to some super tropical areas, including spending 3 months in Southeast Asia recently.  That said – nothing could have prepared me for the heat that stemmed from the Colombian sun.  It’s a common misconception that black people don’t burn.  I had never experienced it myself but knew it was possible (my sister unfortunately felt the burn while traveling in Greece).  Still, I thought I had worked up a tolerance and solid base to bear strong suns.  I was wrong.  Dead wrong.  Cartagena gave me my first sunburn and it was ugly.  Peeling and all for about a week.  Load up on the sunblock.

Speaking of the strongest sun to ever touch my skin, our days were primarily spent on the water.  It’s simply too hot for anything else.  Seriously – I dare you to try and just “hang” during the day in the city.  As part of the original itinerary, the plan was to spend our first full day on a catamaran to Playa Blanca – Isla Baru, one of the top beaches just outside of Cartagena (do not concern yourself with the beaches in the city – no bueno).  We couldn’t bear the thought of not having the option to jump into the sea at the drop of first sweat so we went island hopping on the second day as well.  The second day led us to the infamous Islas de Rosarios, one of which was called Cholon aka the party island.  Boats, babes, music, plus dining in the water – see pictures.  You wont regret it. 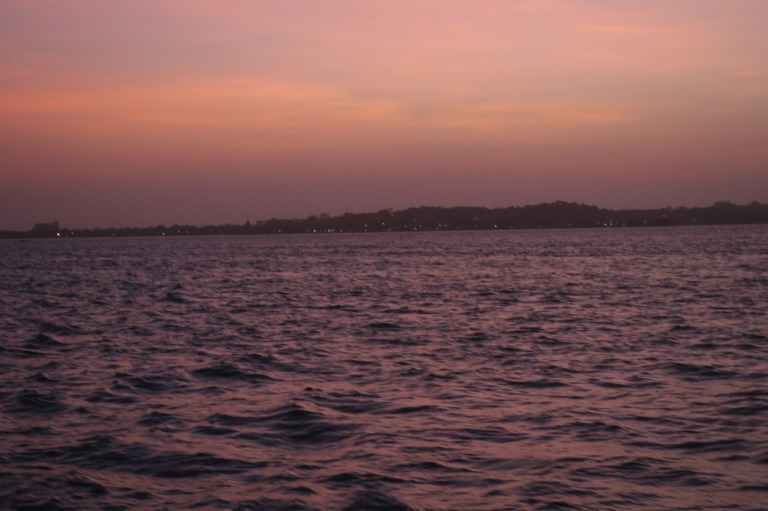 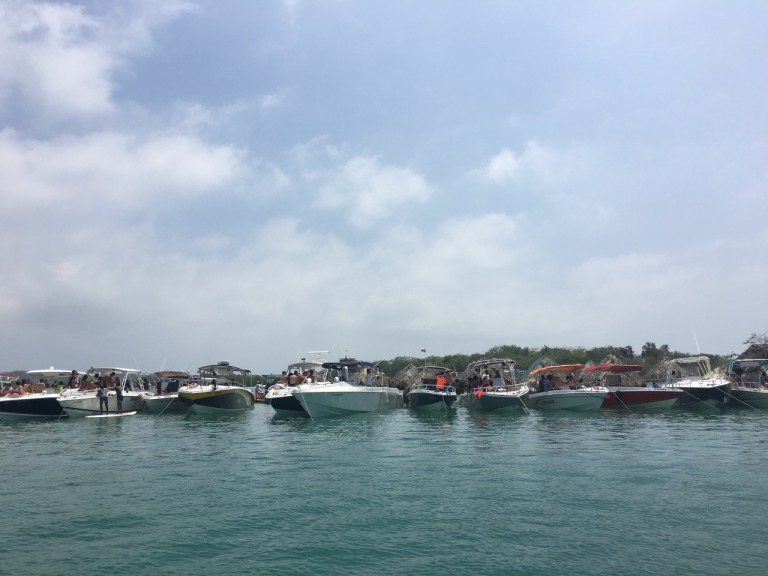 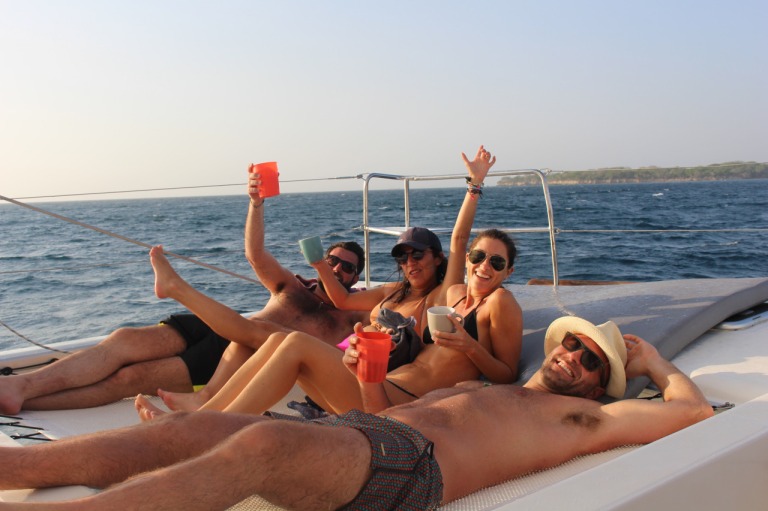 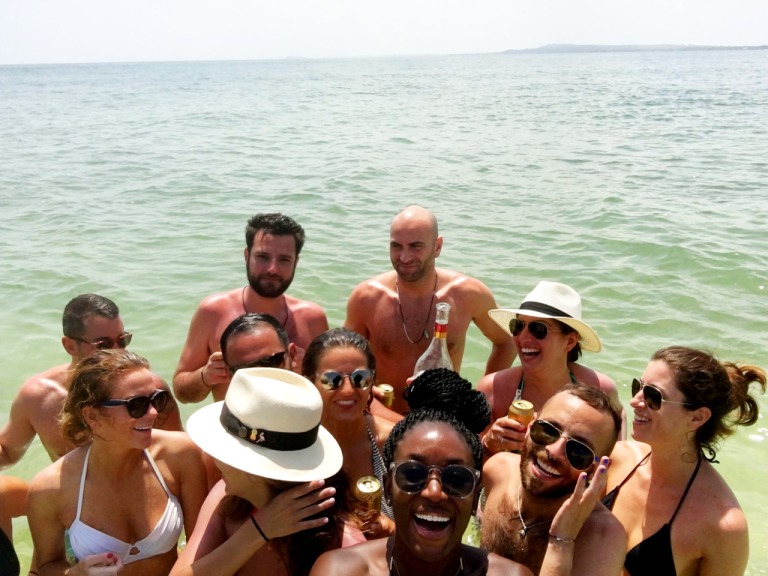 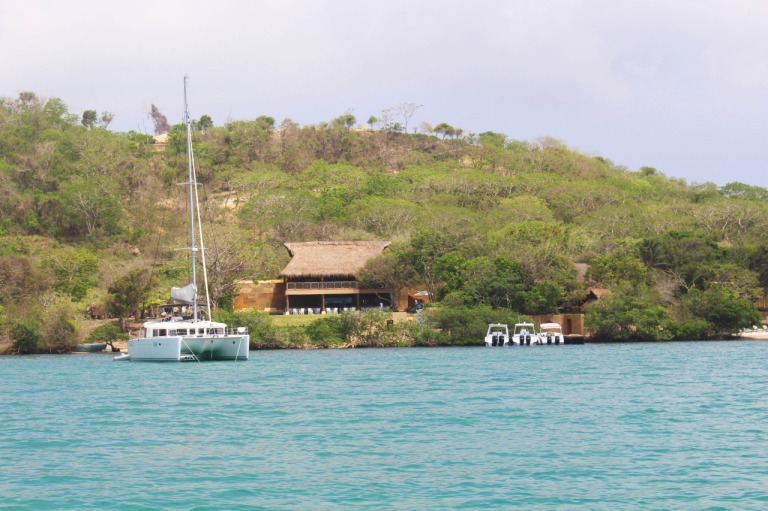 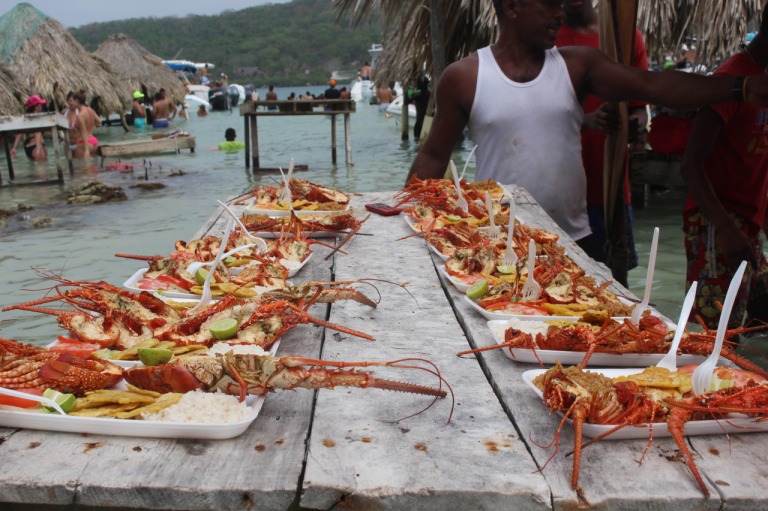 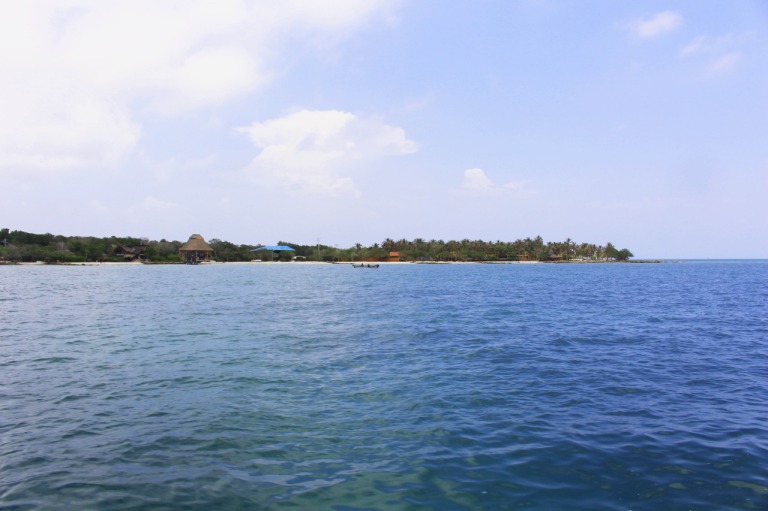 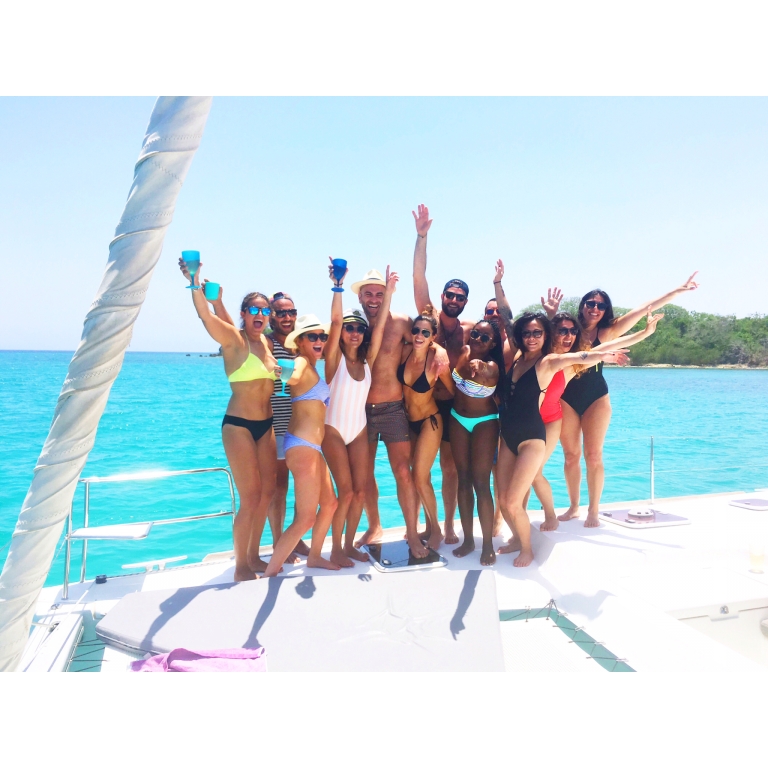 More than anything though, Cartagena is a photographers dream.  While there are throngs of tourists and an equal amount of tourist “attractions” the architecture and color palette alone are beyond romantic.  Throw in some dancing, street music, delicious food and great shopping and you’ve got the perfect backdrop to whatever you’re looking for. 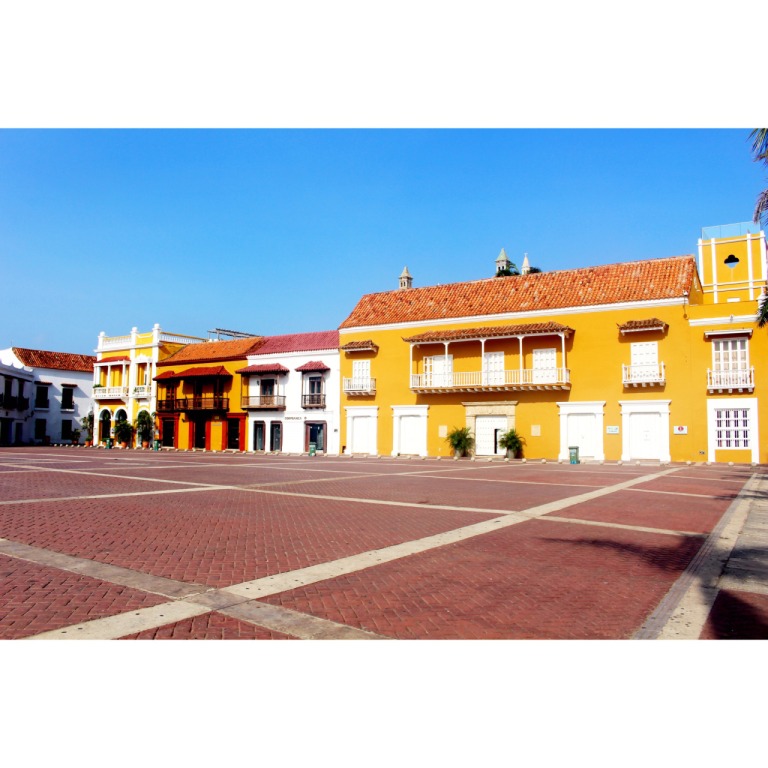 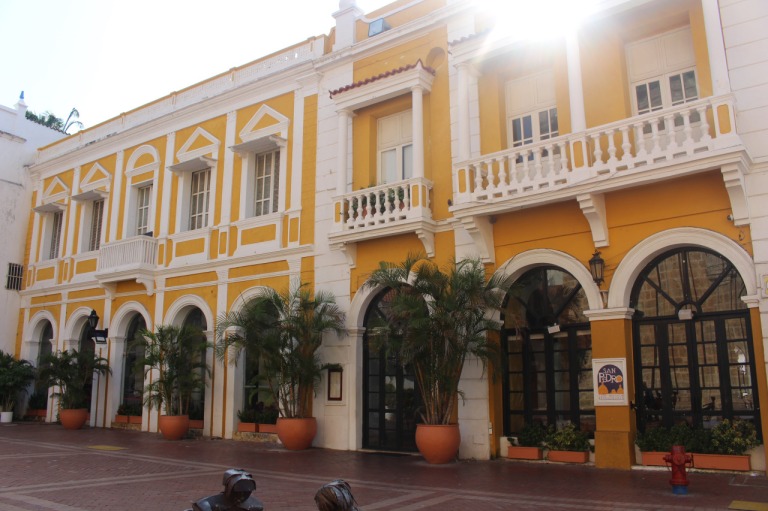 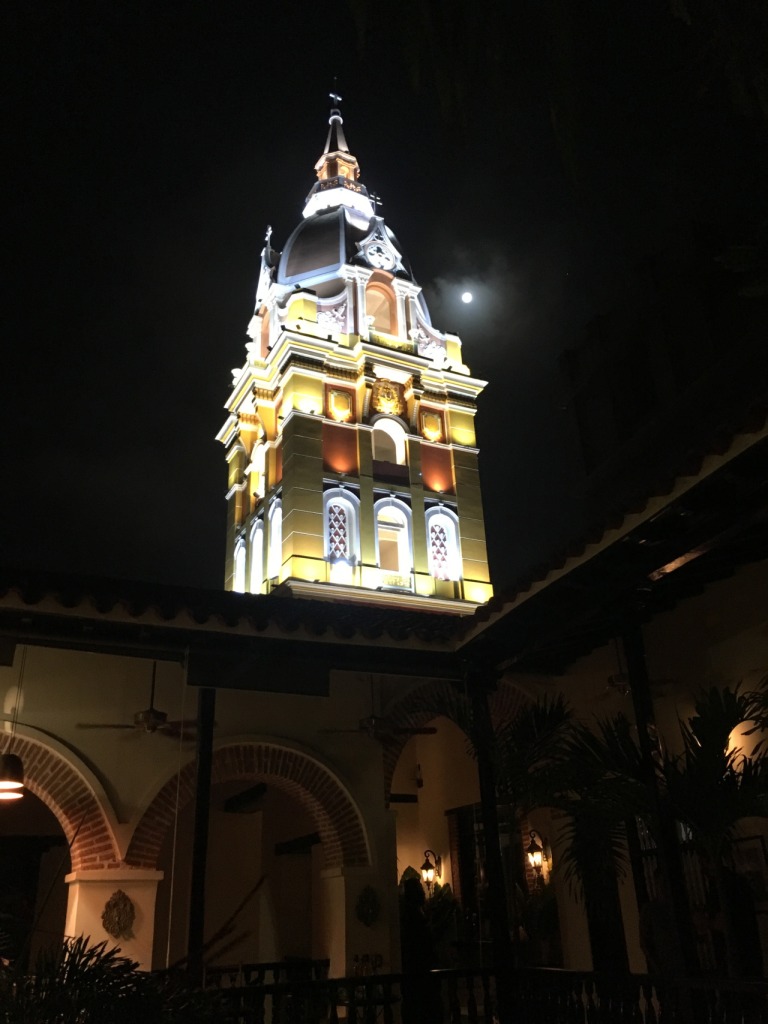 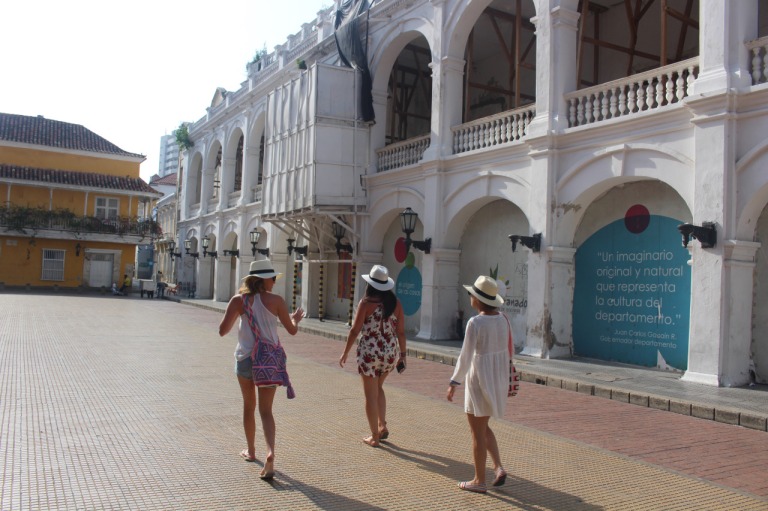 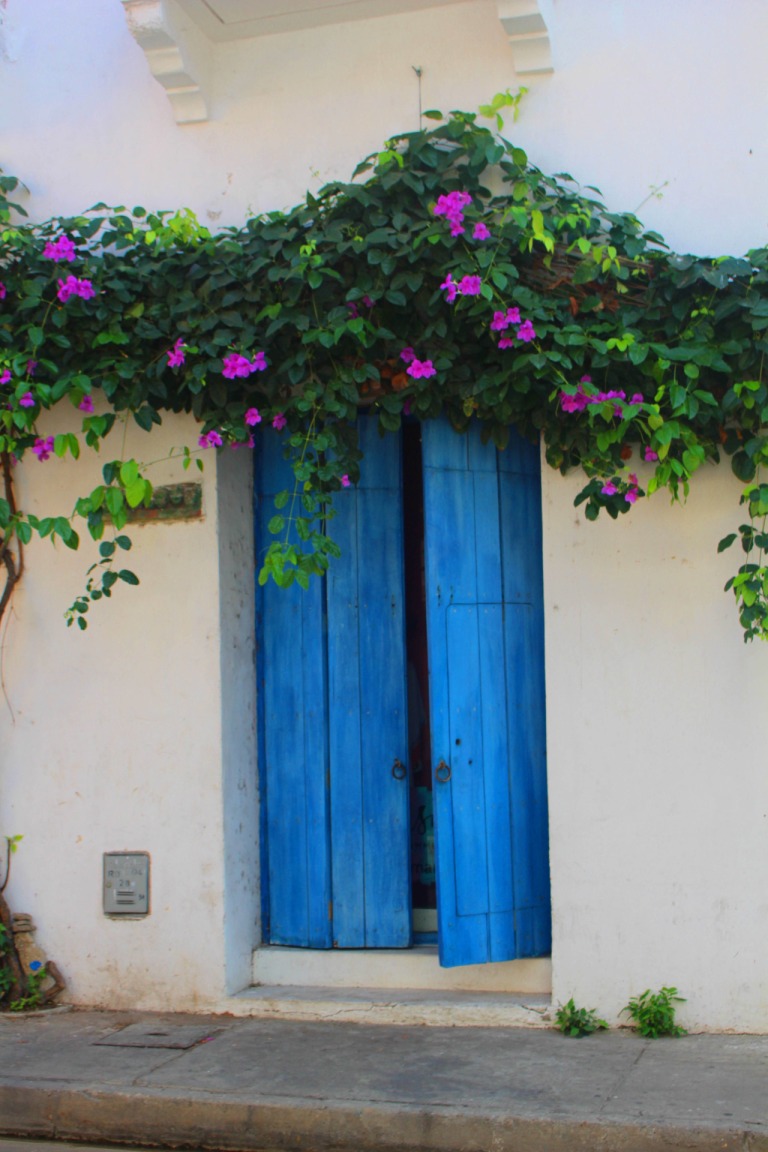 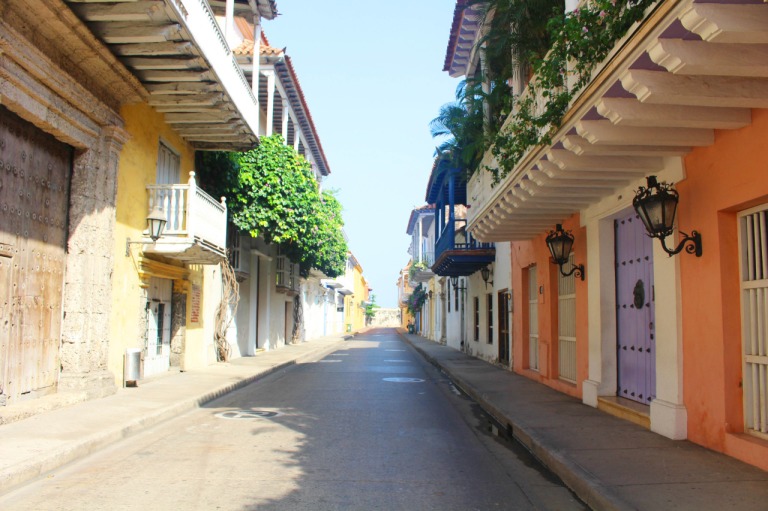 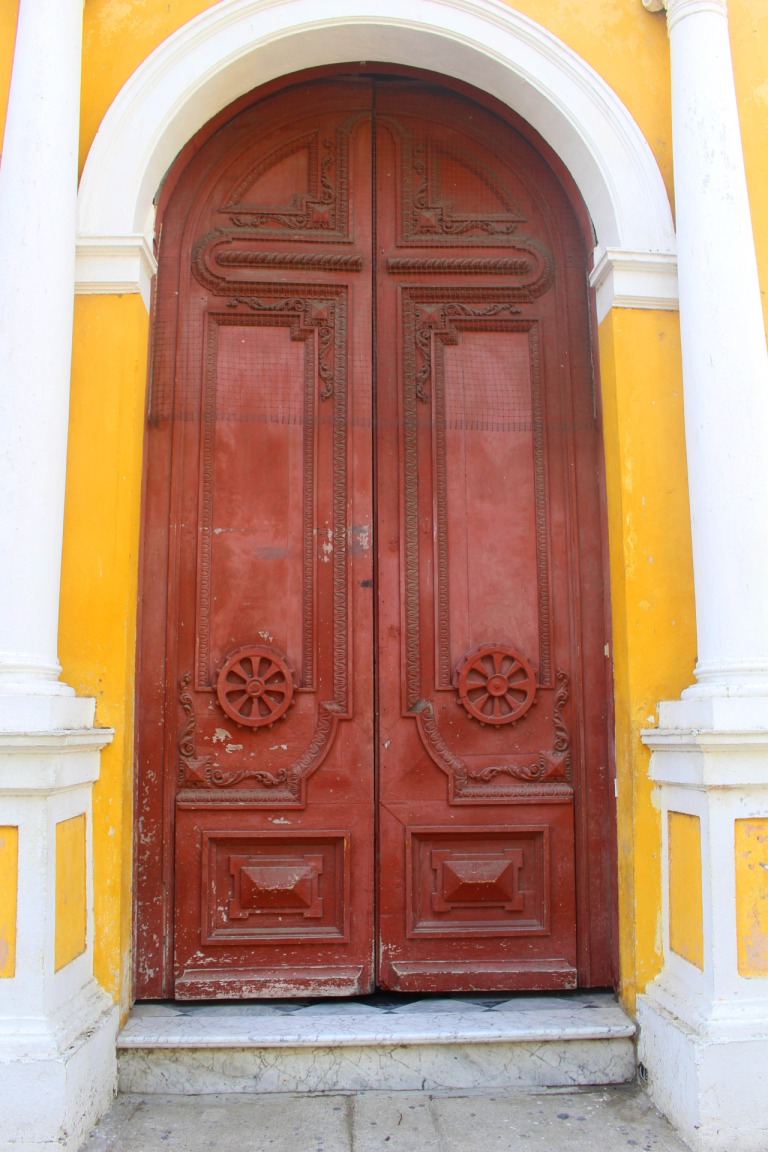